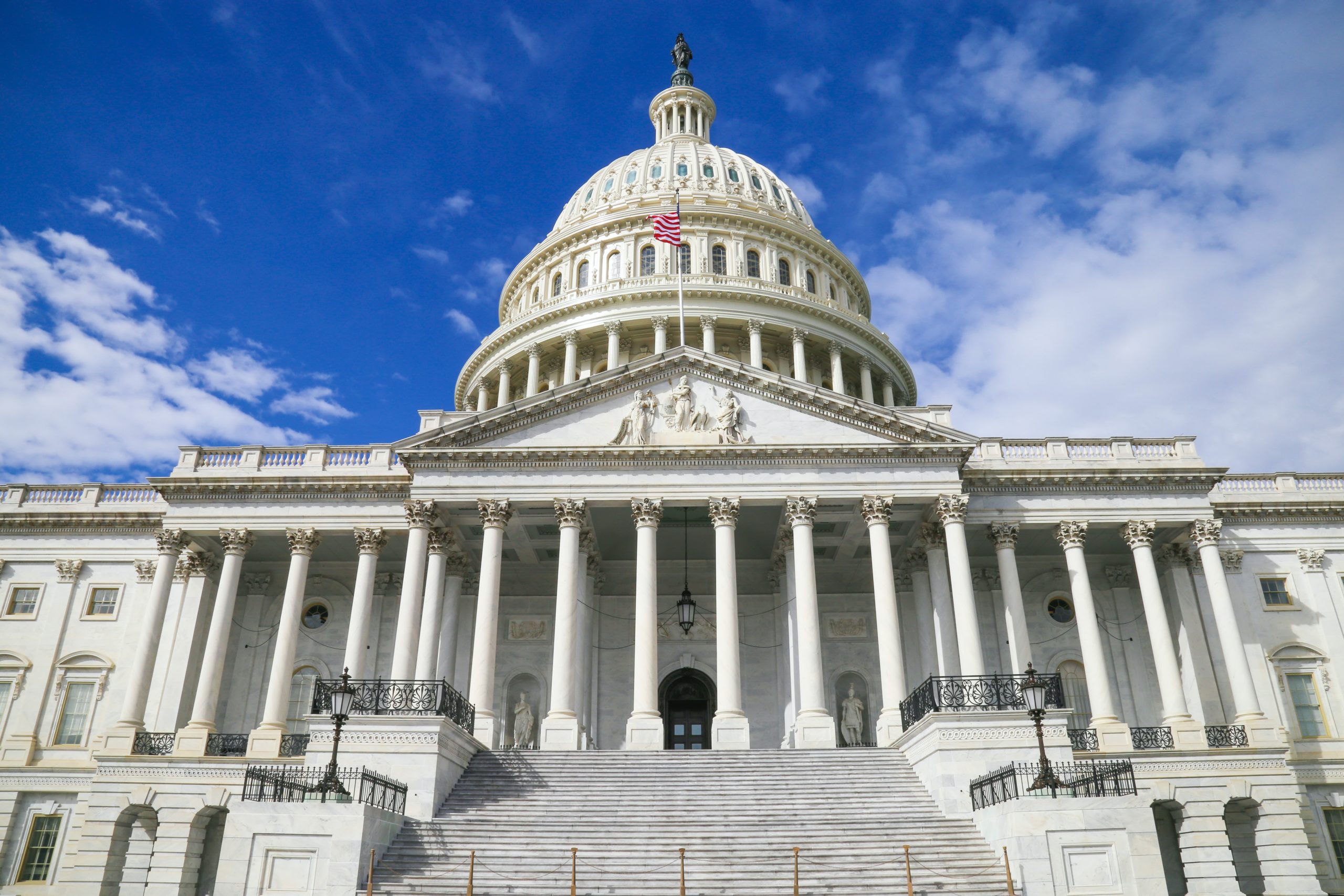 Please join us in sending a letter to President Biden expressing support for his recent announcement to reverse many of Trump’s cruel and misguided sanctions on Cuba and urging him to review how U.S. policy toward Cuba is hindering its ability to produce and distribute its low-cost COVID-19 vaccines to impoverished countries around the world.

While over 75 percent of people in high-income countries have received at least one dose, only 10 percent of people in low-income countries have received the same. Experts are predicting a worldwide vaccine shortage of three billion doses this year alone, the brunt of which will fall on people in the Global South, particularly in Africa. Due to Cuba’s internationally-recognized success in vaccine development, the Cuban vaccines are inexpensive to produce, less challenging to manufacture at scale and do not require deep freezing (unlike the mRNA vaccines produced by Pfizer and Moderna), making it easier for low- and middle-income countries to transport, store, and administer them. To reduce costs to low-income countries and save lives, Cuba has expressed a goal of producing and distributing 200 million doses of COVID-19 vaccines to countries that continue to lack the necessary quantities of vaccines.

However, U.S. sanctions are not only impeding Cuba’s ability to vaccinate its own population but also to produce and distribute its vaccine to other countries that continue to face shortages.

Join us in sending this letter to urge the Biden Administration to conduct a review of U.S. policy toward Cuba and take appropriate executive action to ensure that basic medical supplies and components for producing and distributing vaccines are not negatively affected by the U.S. embargo or other sanctions.

Please use this link to sign on via Quill. If you have any questions, please contact Aneeb Sheikh in Rep. Pressey’s office at Aneeb.Sheikh@mail.house.gov or Rachel Citron in Rep. Cohen’s office at Rachel.Citron@mail.house.gov.

Dear President Biden: We write in strong support of your recent moves to reverse many of the Trump Administration’s cruel and misguided policies against the Cuban people and to renew mutually beneficial engagement that will better support Cubans and Cuban-Americans while advancing both U.S. values and national security interests. We agree with your administration’s approach that seeks to “address the humanitarian situation and to respond to the needs of the Cuban people”

Your policy changes announced last month — including expanding authorization for flights to airports other than Havana, restarting the Cuban Family Reunification Parole (CFRP) Program, and increasing support for entrepreneurs, educational travel, and remittances — are important initial steps, and are in line with policy changes sought by a strong majority of House Democrats in letters sent to you in March and December 2021.

We are particularly grateful for your administration’s recognition of the crucial role that donative remittances can play for the wellbeing of Afro-Cubans, of which only one in six currently receive family remittances. As our nation and the world continue to confront the COVID-19 pandemic, we ask you to explore possibilities for engaging with Cuba on issues of global health. As an initial step, we ask that you review U.S. policy towards Cuba in order to facilitate greater global vaccine equity, with a particular focus on ensuring that U.S. sanctions do not impede current or future efforts by Cuba to share COVID-19 vaccines and related technology and medical support with low-income countries around the world.

The emergence of recent variants exposed the shortcomings of global public health mechanisms in vaccinating the world’s population equitably. While over 75 percent of people in high-income countries have received at least one dose, only 10 percent of people in low-income countries have received at least one dose. Experts are predicting a worldwide vaccine shortage of three billion doses this year alone, the brunt of which will fall on people in the Global South, particularly in Africa.

Inequities in the distribution of vaccines, dubbed “vaccine apartheid” by public health experts, could lead to the rise of new, potentially deadlier or even more transmissible, variants of the coronavirus. Your administration recognized the urgency of this issue in announcing support for the waiver of intellectual property protections for COVID-19 vaccines, stating that your “aim is to get as many safe and effective vaccines to as many people as fast as possible” by “working with the private sector and all possible partners – to expand vaccine manufacturing and distribution” for the world.

U.S. sanctions on Cuba directly impede these goals, not only by harming the country’s ability to vaccinate its own population but also by placing obstacles in the way of Cuba’s ability to produce and distribute its vaccine to other countries that continue to face shortages. In spite of these challenges, Cuba has now managed to achieve the fourth highest rate of vaccination worldwide.

Cuba’s tremendous progress in vaccinating its population resulted in large part from its biotechnology sector’s successful development of five different Covid vaccines to date. While Cuba has developed five vaccines, it has primarily used three of them to vaccinate over 90 percent of the island’s population. Clinical trials in both adult and pediatric populations show that the vaccines are very effective, providing nearly 90% protection against symptomatic Covid when administered in three doses .

It is important to note that the World Health Organization (WHO) vaccine review process with regard to the Cuban-developed vaccines is not public at the moment and Cuba’s vaccine clinical trial data has yet to undergo international scientific peer review. However, Cuba and the WHO have met twice to begin the Emergency Use Listing process, and the efficacy of these vaccines has been further demonstrated by sharp declines in COVID-19 cases and deaths in Cuba since the vaccination campaign.

Experts believe that these vaccines hold enormous potential for other low-income countries. Unlike with the mRNA vaccines available in the United States, the Cuban vaccines are inexpensive to produce, less challenging to manufacture at scale, and do not require deep freezing. Cuba recently announced an ambitious plan to produce and distribute 200 million doses of COVID-19 vaccines at significantly reduced cost to low-income countries, including technology transfers for local vaccine production where possible, as well as medical brigades to build capacity for vaccine distribution where needed.

During the Obama-Biden administration, the U.S. and Cuba collaborated to confront the Ebola outbreak in West Africa. In 2016, Department of Health and Human Services (HHS) signed a Memorandum of Understanding with Cuba’s Ministry of Health which opened the doors for a brief period of collaboration and coordination on public health issues, communicable and non-communicable disease, and other aspects of medical research and development .

Cuba’s goal of vaccinating people in low-income countries offers an important opportunity and bridge for our nations to work together once again on urgent health care issues facing the world. Accordingly, we urge your Administration to conduct a review of U.S. policy toward Cuba and take appropriate executive action to ensure that basic medical supplies and components for producing and distributing vaccines are not negatively affected by the U.S. embargo.

These changes should include reinstating the Obama-Biden administration policy that removed Cuba from the list of State Sponsors of Terrorism, which restricts and intimidates financial institutions from allowing transactions related to medical equipment; conducting a review of existing regulations interfering with medical, biotech and pharmaceutical collaboration; considering actions that may be taken through regulatory review or executive action to remove existing barriers to medical collaboration; rescinding policies that aim to incentivize Cuban doctors to abandon their medical missions, and adding Cuban vaccines to the list of vaccines recognized by U.S. authorities — as it has done with the Canadian vaccine Medicago — for the purpose of allowing Cubans to come to the United States. Thank you for your attention to this critical matter. 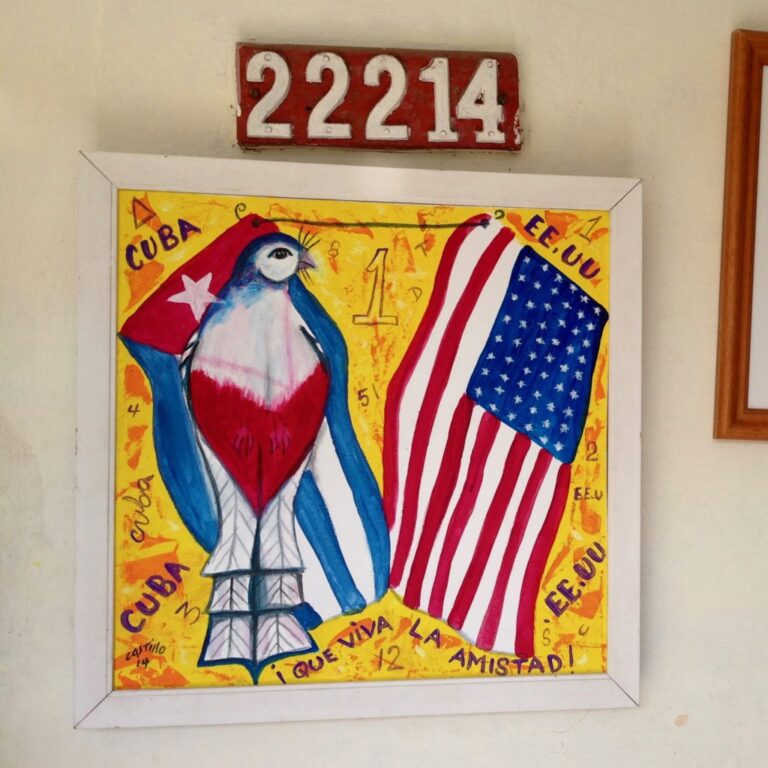