Led by Representatives Jim McGovern (MA), Barbara Lee (CA), Bobby Rush (IL) and House Foreign Affairs Committee Chairman Gregory Meeks (NY), 114 members of Congress sent a letter to President Biden on December 16, 2021, calling on him to advance a U.S. policy towards Cuba that addresses humanitarian needs, the economic crisis and engagement on areas of mutual concern. On the eve of December 17 –  the 7th anniversary of reestablishment of relations between the U.S. and Cuba – over half of House Democrats are demanding the path to normalization be restored and Trump policies and sanctions be reversed.

“The current humanitarian situation in Cuba is growing ever more dire, with shortages of food and goods and decreasing access to medical supplies amid the COVID-19 pandemic. We urge you to take immediate humanitarian actions – as the United Nations has urged repeatedly – to suspend U.S. regulations that prevent food, medicine, and other humanitarian assistance from reaching the Cuban people. We also support a more comprehensive shift to deepen engagement with Cuba and move towards normalization of U.S.-Cuba relations,” the letter reads.

The Representatives note that complicated licensing and end-use verification issues impede the ability to send or sell medical supplies to the island nation. Moreover, the Trump administration’s policy of restricting family remittances remains in place, preventing Cuban Americans from aiding their own families during the pandemic.

“Trump’s ‘maximum pressure campaign’ remains in place, with restrictions on remittances and travel, sanctions on banking and tourism industries, and Cuba’s placement on the State Sponsor of Terrorism list. It is encouraging that Democrats in Congress are pushing the Biden administration to right these wrongs,” said CODEPINK co-founder Medea Benjamin.

The Representatives call for bilateral engagement on migration, the environment, law enforcement and health. They also note that communications and internet access increased as a direct result of the policy of engagement under the Obama-Biden administration.

“The Obama administration’s Cuba policy was wildly popular, not just among US Americans at-large, but also within the Cuban-American community. This letter is an important development on the Hill and we hope it will spur President Biden to come through on his campaign pledge to normalize relations with Cuba,” said Angelica Salazar of ACERE, the Alliance for Cuba Engagement and Respect, an advocacy group seeking to end the blockade on Cuba.

In addition, ACERE coalition members from all over the country worked tirelessly to bring this letter to the attention of Representatives and encourage them to sign-on.  Organizations including CODEPINK, Just Foreign Policy, Global Health Partners, Latin America Solidarity Committee, Building Relations with Cuban Labor, Solidarity Collective and the Minnesota Cuba Committee. 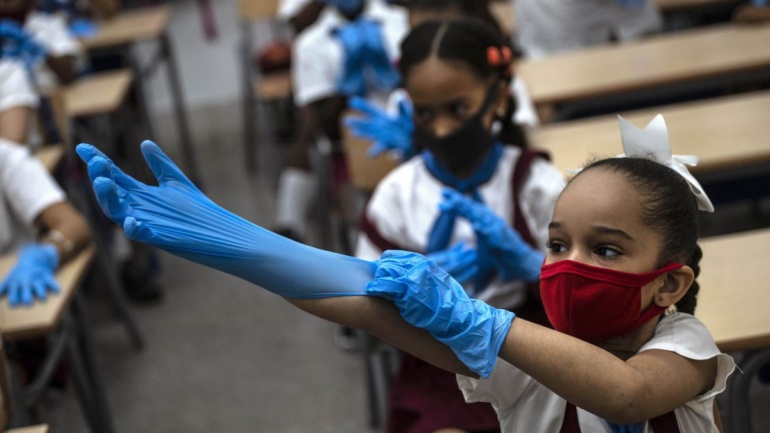