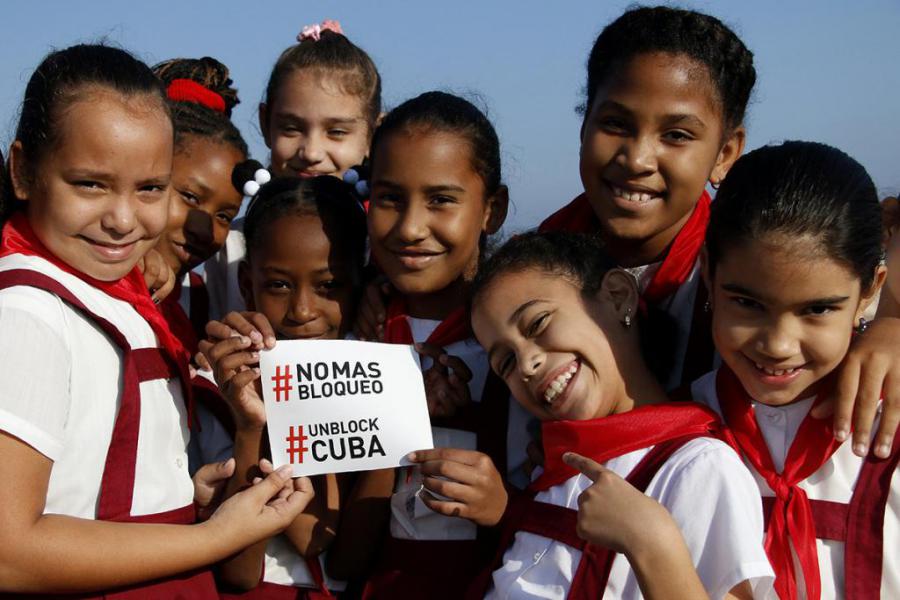 Today there will be a vote on House Resolution 760 (H.R. 760), introduced by Rep. Debbie Wasserman-Schultz, which is condescending to the Cuban people, and undermines diplomatic engagement, normalization and sovereignty.  Several members of the Congressional Progressive Caucus have already expressed their intent to oppose the resolution, and will try to force a roll call vote.

Please take two-minutes and make an important call to your Representative to urge that they vote “NO” on resolution H.R. 760, emphasizing the lack of balance and process concerns regarding how this legislation came to the floor.  Separately, there is a sample email below that you can send to your Member’s office expressing your opposition to H.R. 760. Additional talking points on Cuba and the impact of U.S. policy can be found here.

Hello X. My name is X and I am a constituent of Representative X. I am also a member of the Alliance for Cuba Engagement and Respect (ACERE) and X organization. I am calling with urgency today, to strongly encourage that Representative X votes NO on HR 760, introduced by Rep. Wasserman-Schultz. I believe it’s inappropriate and counterproductive for this resolution to be considered under suspension of the rules, a procedure generally intended for non-controversial bills such as the naming of post offices. This is a complex issue and deserves a process that engages with the diverse set of stakeholders — including many Cuban-Americans and others in the U.S. business sector and religious communities — who want to reevaluate the failed U.S. policies towards Cuba.  Will Representative X vote NO and represent their constituents’ concerns?

Thank you for your time and assuring that Representative X hears us. I look forward to following up on this issue with you in the near future.

I unequivocally support the inalienable right of Cubans to demand political and economic change, and H. Res. 760 represents an unbalanced approach that does not reflect the views of many in Congress — such as the 80 House members who called for a new approach to Cuba in early March 2021, leading voices for engagement including President Obama and Pope Francis, or the longstanding concerns of the majority of U.N. member states who voted 184-2 in June 2021 condemning the U.S. embargo.

It is inappropriate and counterproductive for this resolution to be considered under suspension of the rules, a procedure generally intended for non-controversial bills such as the naming of post offices. This process denies members of the House the opportunity to debate or amend the resolution to ensure that it promotes strong policy and enjoys broad support in the chamber. The lack of a meaningful process for debate and amendment, in this instance, has resulted in a resolution that reflects the views of one side of the debate around U.S. policy towards Cuba while omitting critical realities, such as the devastating impact on innocent Cubans that results from the six-decade-long embargo and the further harm done by the 243 additional sanctions decreed by President Trump, including many imposed as Cubans faced severe hardship resulting from the pandemic.  These critical issues deserve a robust debate where those with a range of perspectives can fully participate and help shape U.S. policy.

Accordingly, we urge you to vote no on H. Res. 760 and to urge House leadership to pursue a process that engages with the diverse set of stakeholders — including many Cuban-Americans and others in the business sector and religious communities — who want to reevaluate the failed U.S. policy towards Cuba and instead pursue a balanced approach that best advances the interests of both the U.S. American and Cuban peoples. Congressional Sign-On Letter to POTUS to Urge Review Of U.S. Policy To Ensure Cuba Can Share Its Low-Cost COVID-19 Vaccine Worldwide Read the Letter here! There is a new letter circulating in Congress being led by Congresswoman Ayanna Pressley (D-MA) to President Biden asking that his administration cooperate with Cuba on global health measures, especially… 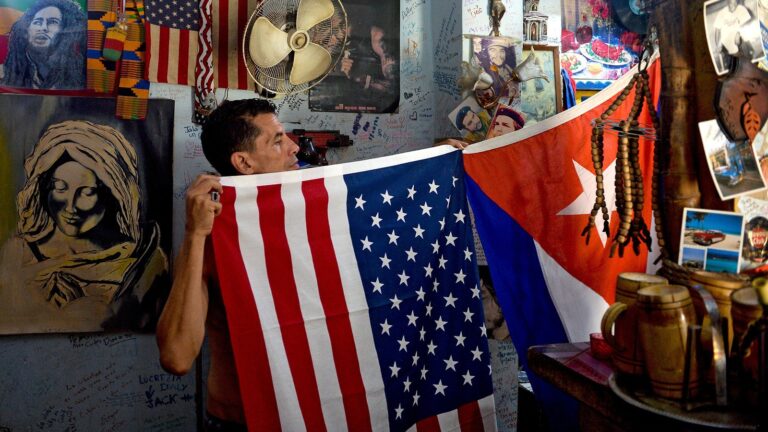 Congressional Sign-On Letter to POTUS to address humanitarian needs and restore engagement with Cuba Read the Letter here! We need your support on this URGENT call for action! Feel free to forward this! Representatives James P. McGovern (D-MA), Barbara Lee (D-CA), and Gregory Meeks (D-NY) are circulating a Dear Colleague letter to President Biden regarding…